One Year of The Lord Geekington

61 published posts.
That's what I'm measuring my year by. At a rate of a post a week I feel somewhat accomplished. Cutting and pasting things into Word revealed that I have written something like 87,000 words and filled out around 300 pages so far. By either count, this is roughly the length of an average novel. Granted somebody like H. P. Lovecraft could pump out a letter of a similar length in about a week, but given the subjects covered I feel that I've accomplished something. At least one monstrous post took over a dozen hours to illustrate and write, for instance. I feel that I'm being self-congratulatory here, this feels bizarre.

Reflections Upon the Lord Geekington


So how did this all begin anyways?


I remember as a little kid how I'd always ramble on about every science fact I knew to who ever had the tolerance to listen to me. This blog seems to be a direct continuation of that, now that everybody has the capacity to write about everything to everybody else. As you may recall, the first few months of this blog were rather uneven and, well, geeky. I talked about video games, weird paintings, art, forteana, my own personal speculative evolution, and even a bizarre type of, um, -craft. In retrospect, it really doesn't feel all the worthwhile writing to me. Sure art is nice, but there are much finer websites out there covering it. I had reached the realization that with 100 million other bloggers out there (big numbers scare me) I might want to write something more worthwhile. What is worthwhile to me isn't worthwhile to everybody of course, but at least I feel writing about overlooked natural science is a lot more fulfilling. I hope that it is at least an occasionally interesting read to some people occasionally, I'd hate for this just to be some self-centered exercise, or, er, more so. But hey, I don't get paid for this so at least I feel a little altruistic!

From about February on I had shifted more towards science blogging, writing about cephalopods and cryptid amphibians and other things Darren Naish hadn't posted on yet (or ever). Being dangerously under-qualified compared to Dr. Naish, I didn't my blog to just just wind up a Fooling Grandma* (or worse yet, a Deceiving Great-Grandma) of his creation. I think now that there is information, probably far more than enough, to go around for everybody. Since starting to blog Darren has moved to Scienceblogs and some other very fine Zoology/Paleontology based blogs have arisen such as, ooh, say Laelaps and the Catalogue of Organisms. These blogs and others have given me an unprecedented opportunity to learn about science in a way that I would never have been able to do in the past. What a golden age of information we live in.

*Coined by Russell Shepherd, date unknown. Signifies a product made in imitation of an actual franchise (Action Rangers --> Power Rangers). Most kids and adults realize the difference, so apparently these products were making profits solely by fooled grandmas. Deceiving Great-Grandma. Older people also have great difficulty reading white on black and this footnote is likely nigh-unreadable.

It has come to my surprise that not only do people read what I write, but two fellows (Darren and Chris Taylor (Cat. of Org.)) have given me the "thinking blogger" award, much to my astonishment. If I had heard about such a thing at the outset of blogging, the thought of receiving it would never have crossed my mind. Instead of making me feel pretentious (!!??!) it makes me live in fear of betraying this title. And I don't believe I've ever formally thanked Chris yet, well, thanks! As for awarding others...I don't think I carry any sort of authority, so I'll trust other better bloggers to make their decisions. 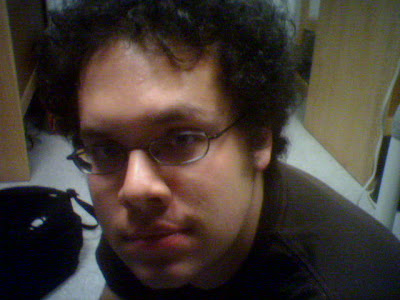 Here I am writing this post, just to give you all a glimpse of the magic in progress. I'm sitting on the floor, not even in my own room, and hammering away. Oh yes, I cut my hair rarely, usually shaving my head on Maine Day. This is why I don't talk about or show my personal life.

As if the structure of this post wasn't convoluted enough...

Judging by my comments, I have had some uninteresting posts here. I've got to hand it to my sister for commenting enough to basically be a co-blogger of sorts. No zero comments for me! My "scientific" racism, dang! I though that was a pretty good topic. Maybe my "Proto-Europoid" mug scared everybody off. My post on pseudopapers was also just, blah, not needed. There are others, but a cursory glance should give them away.

I'm often rather self-critical, so that coupled with feedback (or lack thereof) will hopefully drive me to improving this blog. I have the drive to improve things, although recently the motivation to do much is more difficult to come by (severe money related troubles, yeesh).


Successes - or at least better posts.

Despite my oft-critical perspective, I'm surprised by how popular some posts were. Anything dealing with large animals (here and here) were surprisingly popular. They were a topical overload and kinda jumpy, but hey, they were pretty fun. As for my favorite posts, I'd say that they were the Omnivore vs. Hypercarnivore post, the choristodere post, and the Meganthropus post - the one that launched me into using peer-reviewed articles. The super-long and semi-technical posts were my favorites, but unfortunately they have to be rare due to the time involved. Sigh...

And now for highlights in picture form:

Me and some rather large catfish. 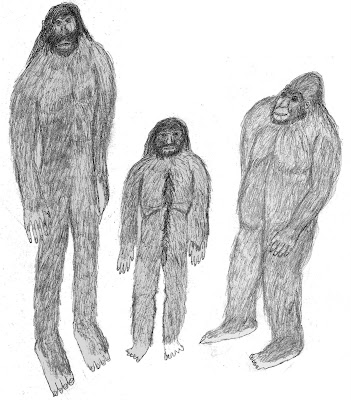 My interpretation of three bigfoot "types" according to Hall/Coleman/Huyghe. 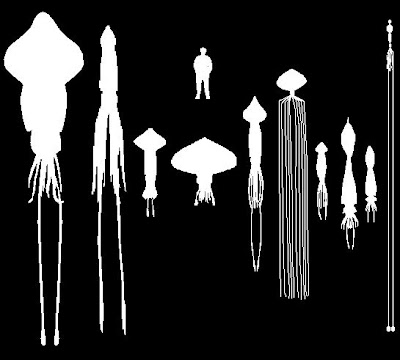 A fictional temnospondyl from a quasi-abandoned project. 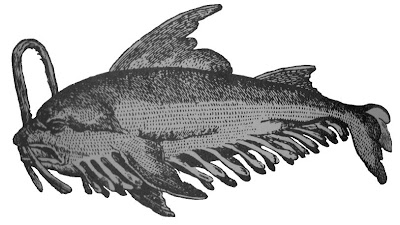 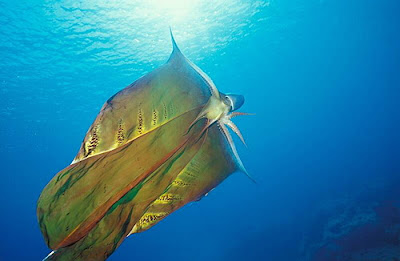 And I course, I give my thanks to everybody that I have failed to mention in this post. And if you find this slightly interesting, please visit the links to the right.


Let's hope I can write another one of these

-Cameron
Posted by Cameron McCormick at Thursday, November 15, 2007
Email ThisBlogThis!Share to TwitterShare to FacebookShare to Pinterest

Has it really been a year already? And hey, you have hair again! Yes, I will comment on absolutely anything. They might say that one is the lonliest number, but that's assuming one isn't a psychopath.

All in all it's a nice little summation, it could have had more monsters in it, but I know you'll make up for it in the future.

Yes, thanks for adding in some monsters. I don't remember seeing that picture of a blanket octopus before. Now I really want one. It looks friendly, because nothing that looks like a blanket could be mean!

Thank you very much for the compliments. I certainly appreciate what it feels like to spend four hours writing a post and then not receive a single comment. There's a certain paradox in there - one of the apparently most popular posts I've written, if the page-view numbers are to be believed, actually inspires a certain degree of bitterness when I think about it, because it took me about ten minutes work to put together while posts that meant a whole lot more to me don't get noticed...

But then, I never claimed to be anything other than a bitter old coot :-P