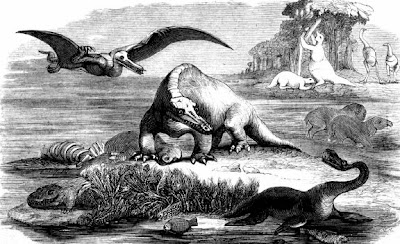 It is worth mentioning that plesiosaurs typically had dorsolaterally oriented orbits

I coulda sworn that their eyes were fairly dorsally directed:

Dorsal orientation is half of dorsolateral orientation, lateral placement of course can't be easily from the picture.

I did screw up the above/below attacking though, yeesh

Good day! Would you mind if I share your blog with my twitter group? There’s a lot of people that I think would really enjoy your content. Please let me know. Cheers

Thats a good' article, i usually amazed with' this thing, i asked myself about this opinion, I wish You'll a better articles that can make another people live..don't make the article feel rigit and isn't interesting and poor, i like to read this' article and i think this is "good".thank you' m'y brother...........

I really liked this part of the article, with a nice and interesting topics have helped a lot of people who do not challenge things people should know... you need more publicize this so many people who know about it are rare for people to know this, Success for you..

I know where I'm going and I know the truth, and I don't have to be what you want me to be. I'm free to be what I want.Thankyou i really love it, chrome filehippo offline

I really liked this part of the article, with a nice and interesting topics have helped a lot of people who do not challenge things people should know.. you need more publicize this so many people who know about it are rare for people to know this, Success for you. Offline filehippo

Thanks for Sharing That... Sucses for You